Tobacco curing is an energy-intensive process that has made some progress in automation, but overall has not significantly changed over the past decades. While purchasing and installing new barns to replace existing barns is quite expensive, retrofitting existing barns may be a reasonable approach from an investment point of view. Since many older barns have already significant issues that require attention and retrofit work in terms of structural and safety concerns, this retrofit work can easily be paired with energy efficiency upgrades that can be undertaken at the same time. 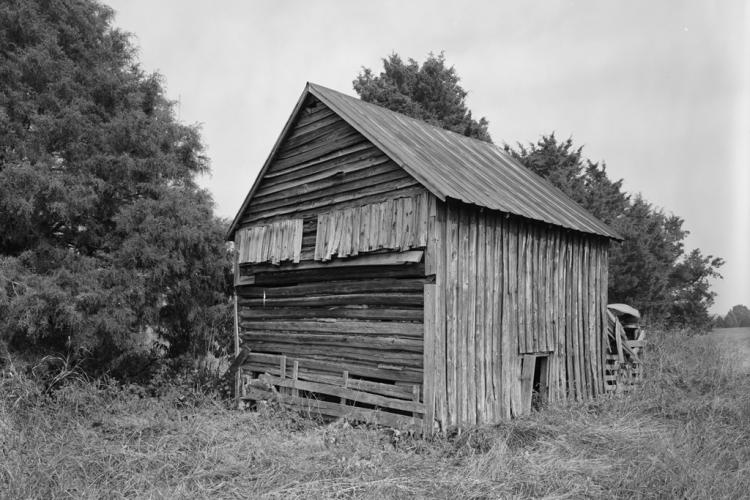 Harvesting the energy saving potential in the process of retrofit actions presents an opportunity to improve the overall performance of tobacco growing operations and at the same time reduces the environmental footprint of the industry. Little was known about the actual impact of retrofit scenarios on the energy consumption of the curing process. Energy simulation tools exist in a simple form for homeowners and in highly sophisticated applications for designers and facility managers. However, none of those can be directly applied for the assessment of energy consumption in curing barns. This lack of knowledge creates uncertainty and increases the risks for growers who have no guidance on anticipated return on investment for energy efficient retrofit solutions. This project attempted to find answers to the following questions:

The total energy consumption of a tobacco curing barn operation during a full curing cycle was analyzed and broken down by different domains of energy sources, and then further broken down into actual consumption items that utilize certain amounts of energy of a respective domain. This approach allowed to split possible retrofit scenarios by energy resource and consumption domains, which subsequently had a different impact during the various phases of the curing process. From these findings, possible retrofit scenarios were identified and compared among each other for a given context.

Tobacco curing is the process of controlled removal of water from tobacco leaves and is considered a craft among growers. In any case, moisture removal is an energy consuming process and thus requires a significant supply of energy, mostly in form of heat. Energy sources for the curing process consist of a combination of typically fossil fuels and electricity. Since curing barns are located outside and thus are exposed to direct sunlight during clear days, solar energy could also be utilized to offset some of the required energy for heating.

Specific modeling equations were established that allowed for a simplified assessment of the different consumption streams.  The following main energy streams have been identified: 1) drying (dehumidi­fying) the leaves; 2) raising the interior temperature of the barn during different curing phases; 3) maintaining temperatures due to conduction losses and leaks; 4) process control and waste; and 5) systems performance and maintenance.

Preliminary thermal capacity tests were carried out to validate the various thermal losses over time under non-loaded conditions. The barns were empty and only equipped with temperature sensors on the inside and current loggers in the electrical panel.

While this project successfully developed a theoretical assessment model for investigating the savings potential of retrofit scenarios for curing barns, the actual savings potential for the curing process has been found to be limited. In terms of their anticipated impact on energy savings, the different opportunities ranged from around 6% for added control strategies to around 12% for typical standard envelope improvements. A total upper limit of savings around 25% has been established if more aggressive envelope improvements were paired with automated control systems. Obviously, results vary depending on the baseline scenario. Overall, it became apparent that the most promising savings potential would be in recovering ventilation losses that are a result of controlling for a fixed relative humidity in the curing compartment of the barn. We have to acknowledge that evaporation of moisture simply is an energy consuming process. Nevertheless, it would be possible to recover some of the ventilated losses through radiant and psychrometric heat exchange processes.