Are residential sprinkler systems really effective? And what is the difference once my dorm room catches fire? These were the “burning” questions a team of researchers and students from Virginia Tech and Virginia Western Community College tried to answer.

Students from VWCC assemble the dorm rooms at Oak Lane from prefabricated panels, which they built as part of their green construction project

Students from Virginia Tech and Virginia Western Community College participated in an unusual experiment: In the name of fire safety, two nearly identical residence hall rooms, one with and one without a sprinkler system, were set on fire.

Students from VWCC assembled the dorm rooms at Oak Lane from prefabricated panels, which they built as part of their green construction project. The Oak Flame project provided community college participants with valuable construction and management experience, while demonstrating to Virginia Tech students living on campus the importance of sprinkler systems and safety regulations.Engineering students from VT outfitted both rooms with sensors and high-tech cameras to gain a sample fire model for residence hall rooms that will be used to inform future building projects and codes.

Then Ph.D. candidate in EDP Tolga Durak moderates the event while communicating the combustion process and the developing temperatures to the public, while Professor Brian Lattimer from Mechanical Engineering discussed with students how the sensor placement ties into the simulation model. A crowd mixed of students, university officials, and media representatives from Discovery Channel, WSLS Channel 10, and the Ronaoke Times watched the event live.

Both rooms were built open to the public, so the difference in combustion could be directly observed by the attending audience. “We wanted students and others to see how furnishings and decorations contribute to a fire and make them realize the reason behind fire codes and other safety regulations in dormitories with visual representation,” said event manager Tolga Durak in an interview with Discovery Channel. 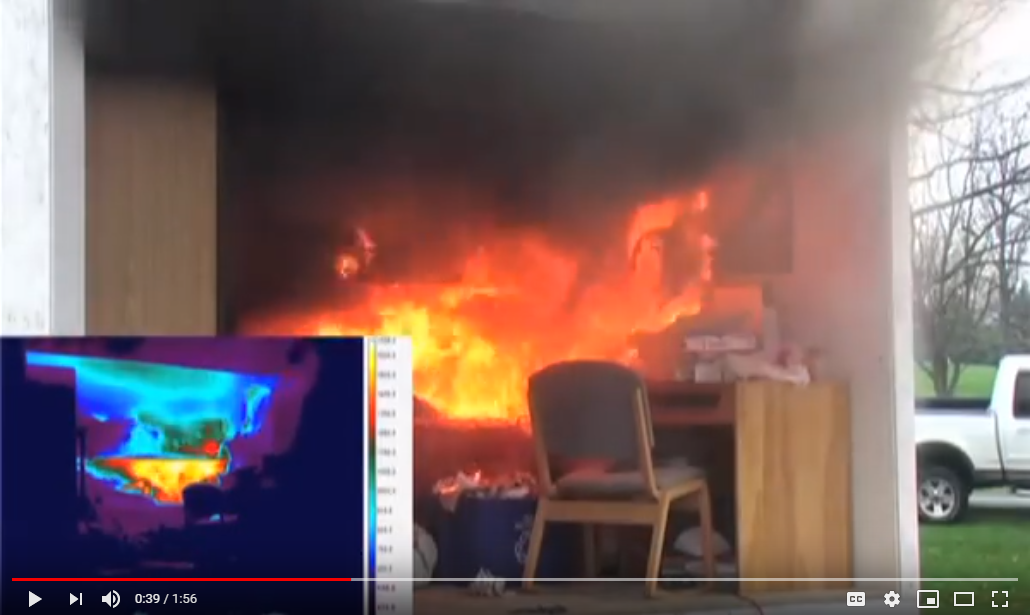